Developed by Arkan Land primarily for the Legiones Astartes, land speeders were also used by the fledgling Imperial Army.

Expensive and difficult to maintain, they were reserved for the more prestigious outfits who had the contacts to field them in large numbers. One such force was the Byzant Janizars. 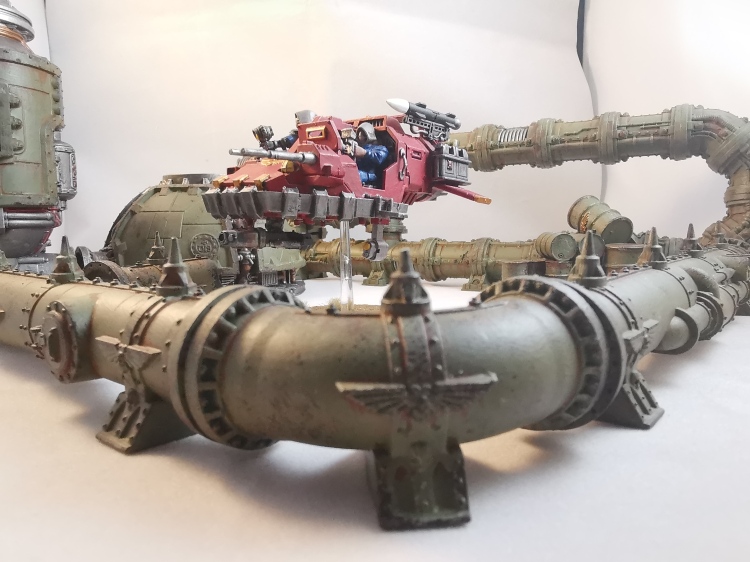 When the Byzant Dominate was absorbed into the Imperium after the Siege of Byzant Alpha, they gained the support of the Mechanicum and their supply chain. The Emperor gifted several companies of land speeders to the Janizars, thinking they might suit the Janizar’s method of warfare. 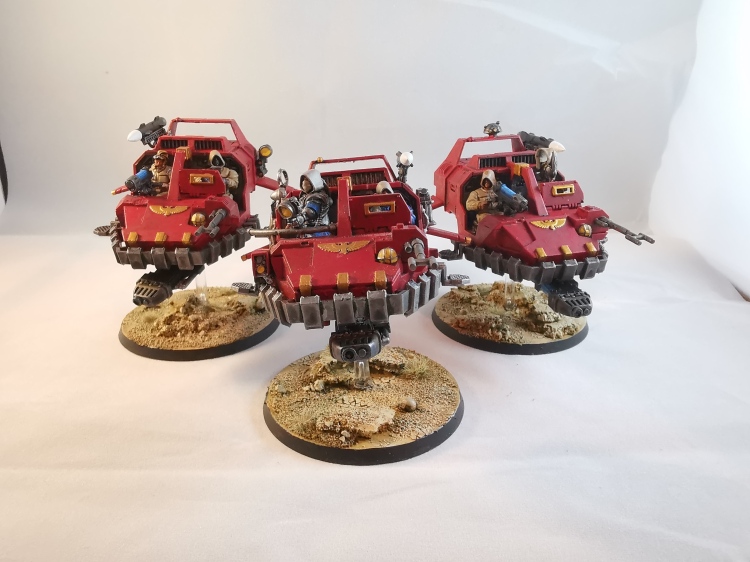 The Byzant Janizars adopted these skimmers wholeheartedly, using them as mobile gun platforms to support the infantry’s advance and to help in patrolling the vast expanse of the Mediterranean Dust Bowl. They were equipped with a variety of weapons to suit any opponent, though their preferred load out was plasma weaponry. Although volatile and prone to accidents, the risks were worth it in the mega conflicts of the Horus Heresy. Their goal was to inflict as much damage as possible before the inevitable return of fire.

The Byzant Janizars were extremely gifted and known for their ability to weave through all but the heaviest incoming fire. It was even rumoured that Janizar pilots were amongst those settled on the newly compliant world of Glavia. 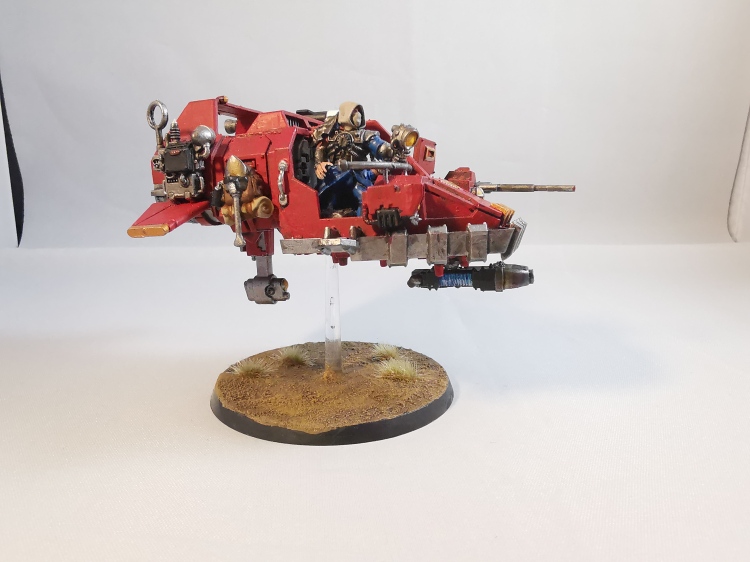 I was originally planning on running land speeders as ‘count as’ sentinels in my army to fit the theme of only having skimming vehicles. The only problem was it didn’t quite feel right so I put off making any. When I saw the Mournival Events additional units had militia land speeders I immediately went ahead and built the unit up.

They currently are equipped with plasma guns and cannons but I’m planning on magnetising the weapons so I can equip them a variety of ways. I feel the militia list lacks mobile AP2 options, so these guys are going to be my terminator hunters. They pack a serious punch when they shoot but with only 2 hull points each and Gets Hot they’re prone to blowing themselves up as much as the enemy!

The conversions themselves weren’t too tricky, its mainly a mix of the land speeder and sentinel kits. The hardest part was cutting away the space marine legs that are attached to the seats on the land speeder and replacing them with the sentinel pilots. The sentinel kit comes with plenty of weapon options and I had some plasma guns left over from the plastic heresy marines. I used the hooded heads from the Wildwood rangers rather than my normal converted Byzant Janizar helmets. In my fluff, they’re wearing some sort of sand scarf to protect them whilst patrolling through the Mediterranean Dust Bowl. Plus I thought their usual high helmets would be a bit impractical on the speeders!

Overall I’m happy with how they look; they’re a fun fluffy unit that feels right at home amongst the Byzant Janizars.