We’ve been taking part in the global Heresy event that’s been going on fighting over the Golloch Cluster. September’s event was called The Culling of Sterith Prime and involved the Loyalists trying to rescue civilians trapped on this world, and the Traitors trying to round up and sacrifice them. We decided to convert up some objective markers to represent bands of terrified civilians, who ran in random directions unless controlled by a faction. 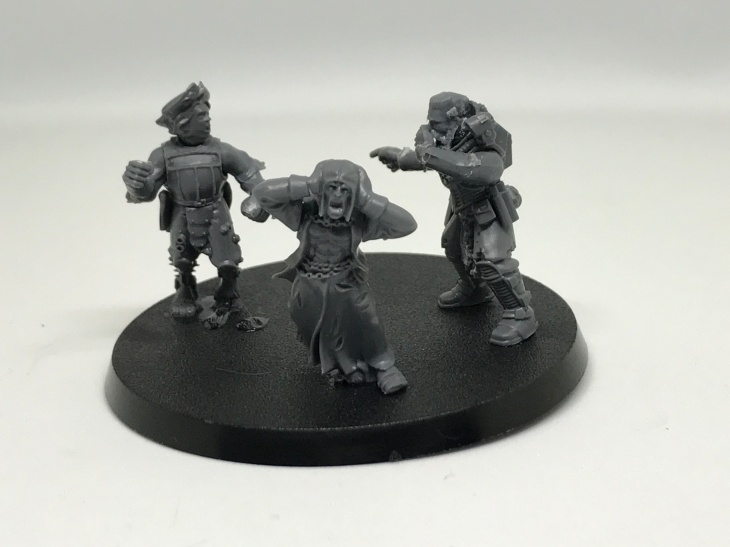 This is the first model we put together. Trying to find bits to represent civilians was initially quite tricky as most Imperial models look too military to be rag tag mobs of displaced civilians. The genestlealer cults kits came in handy, as they wear mining suits so represent regular workers, and then the Skitarii kits provided a few bionics. They could be the servants of nobles or low level mechanincum adepts.Finally we had quite a few Empire bits left over from our Warhammer Fantasy armies and these proved invaluable for bear heads, arms and other bits, as well as flagellant bodies looking the part too. 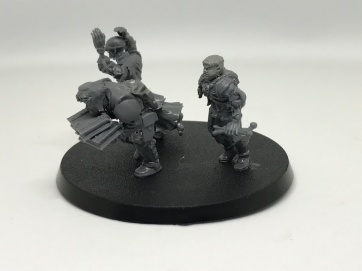 For the last of the objectives I wanted to have a noble running as part of the mob. I thought it would be a nice touch to show how far the mighty have fallen; that everyone from the highest to the lowest have been affected by the civil war. I thought the female vampire lord model looked suitably baroque enough. 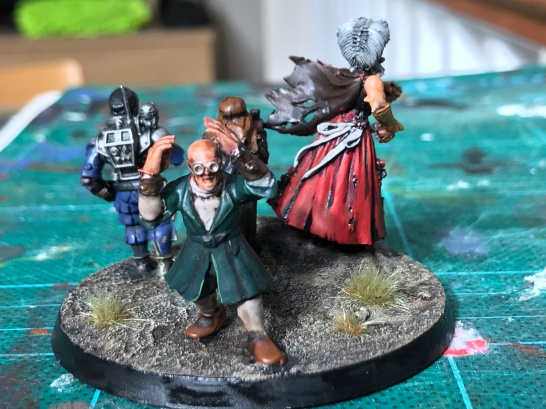 They were painted in a bit of  a hurry to get them ready in time for our first game of the month. But we were pretty happy with the result and they looked great on the tabletop.

They were great fun and added an level of unpredictability to our games. It also added to the narrative, fighting over civilians, rather than just die or tokens. Here’s a few pictures we took of them in games: 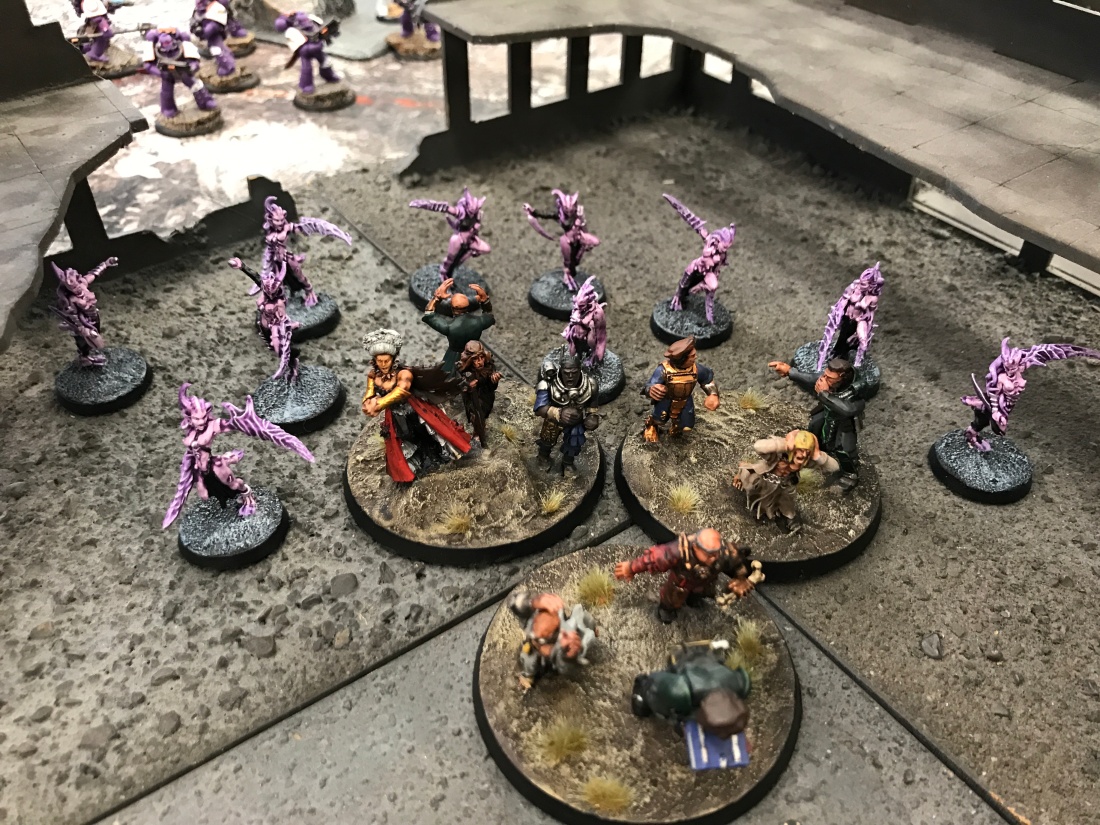 Many witnessed Morgetheon's sermon condemning Volnoscere as a heretic.
Here's another Iron Guard for the #warofthefalseprimarch project, this time a squad sergeant with a beefed up hand flamer. Loving how brutal the death guard mk3 looks when it's de-nurglified!
Chaos ensued in the hours following Verashyon's invasion of Sanctram. Once thought to have been a keen ally in the defence of the Heliopolean diocese, the Arch-Cardinal was now inexplicably calling for Morgetheon's head.
"Liberator. Traitor. Apostate. Ecclesiarch. Morgetheon has been called all of these and countless others names. All have a measure of truth to them, yet none tell the whole story..."
"Most saw battle-brother Jakab's honour guard posting as a sign of Volnoscere's favour in Morgetheon and the Heliopolean Ecclesiarchy. Only a few saw what it really was - a promise of retribution should Morgetheon's loyalty waiver again..."
How would you take on this list? Here's 3k of Sky Hunter Phalanx #emperorschildren ready to run circles around you (in theory at least, last game I brought the list it got smashed 😂).